We, as KOLK 17 are dedicated to the performance based art of puppet theatre and are thus a special museum. We are particularly proud of the objects, whose art and play form are recognised as an intangible world cultural heritage. Around 250 pieces which can be attributed to Turkish Karagöz shadow theatre are in our collection.

Since 2009, the Turkish shadow play with the joker Karagöz as well as his neighbour Hacivat has enjoyed recognition as an intangible world cultural heritage.

The artistically crafted, colourful shadow figures made of cowhide or camel leather were used for theatre in Turkish coffee houses, in the homes of wealthy citizens or even at the court of the Sultan. Today, Turkish children know the funny stories of Karagöz, which translates as “black eye”, also from television. Traditionally, the stories of the Karagöz shadow theatre were and still are performed during the fasting month of Ramadan.

From legend to Karagöz Shadow Theatre

According to a legend of the Karagöz Shadow Theatre, Karagöz really existed: he was a simple man from the people. Karagöz was always short of money and took on simple jobs. Together with his neighbour Hacivat, who could read a little and considered himself educated, he was one day commissioned by the Sultan to build a Mosque.

But instead of finishing the building, Hacivat and Karagöz preferred to fool around. The villagers had a lot of fun watching the two of them. But the sultan was furious because his prestigious building was not finished. He judged that the lazy builders should be executed without delay.

The inhabitants of the village, however, had taken the joker – Karagöz and the would-be clever Hacivat to heart. They felt that this terrible punishment was extraordinarily unfair and rebelled against the sultan.

A wise advisor to the Sultan recognised the dicey mood among the people and advised the ruler to resurrect Hacivat and Karagöz! And so the two of them continue to poke fun as shadowy figures to this day, while the Sultan is long forgotten.

The colourful world of Hacivat and Karagöz at the Museum of Theatre Puppets, Lübeck ®KOLK17 gGmbH

In addition to the figures of the Karagöz shadow theatre, there are many other puppets to discover in the KOLK 17 collection. Puppets whose play form is also counted among the immaterial world cultural heritage. These include the Japanese Bunraku figures, the Italian rod-puppets or the animal puppets of Mali and others that we will introduce on our blog.

END_OF_DOCUMENT_TOKEN_TO_BE_REPLACED 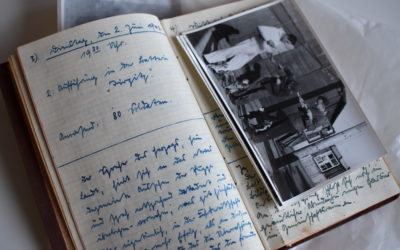