KOLK 17 is a research-based cultural institution that aligns itself with current theories and debates in the fields of puppet theatre, the performing arts and museum research. Here, the history of objects in the collection are explored, as are new techniques for exhibitions and performances. KOLK 17 sees itself as a platform that contributes to an exchange of knowledge on the subject of puppet theatre. 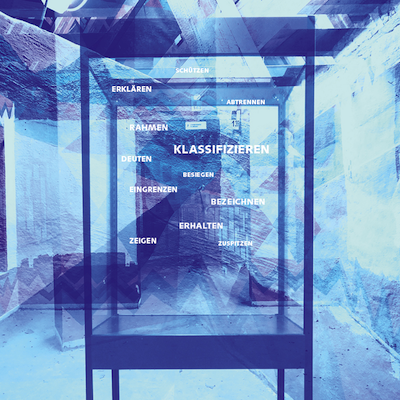 Colonialism and Puppetry – Untangling the Strings 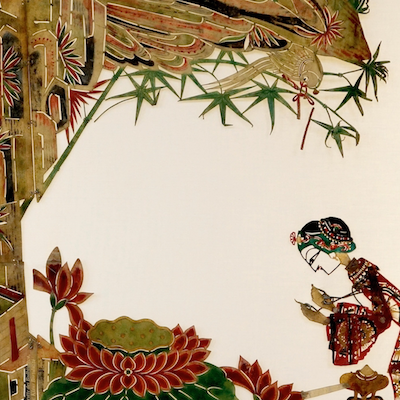 For the 35th anniversary of the Museum of Theatre Puppets, we show some of the highlights from the largest continent on earth. We make our way on a voyage – not just through the Asian collection, which is also part of the permanent exhibition – but on a voyage through the land of imagination.

Objects in the KOLK 17 Collection

With over 20,000 objects from the field of puppet theatre, KOLK 17 houses one of the five largest collections in Germany and is certainly one of the most important cultural institutions for puppet theatre in Europe. We see the collection as a large space for knowledge which is in perpetual motion and must be accessible to the general public. 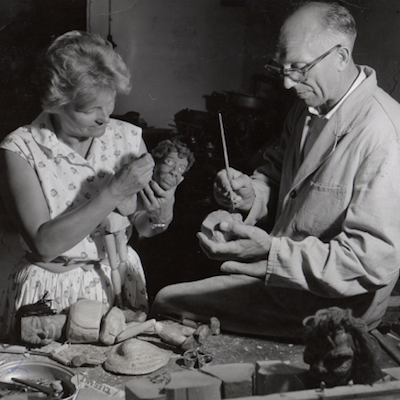 Curtain up for Fiete! The Marionette Theatre of Lübeck Fritz Fey Sen. from 1977 to 2006 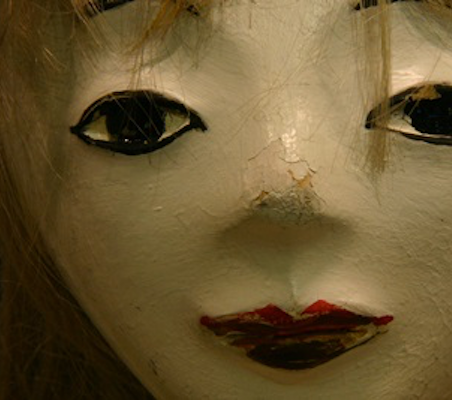 THOUGHT UP & HAND MADE. THEATRE PUPPETS & THEIR CREATORS

Fascinating puppet designers of today are the focal point of this year’s autumn exhibition. Works by Kristiane Balsevicius, Jürgen Maaßen, Michaela Bartoňová, Christian Werdin, Michael Vogel, Udo Schneeweiß, to name but some of them, are examples of the full breadth of contemporary puppet creation in Germany. The presentation illustrates the different design techniques and individual artistic developments. The guest performances in this year’s puppet theatre festival Puppets Theatre Design show handmade puppets in action. Some of th artisans who built the puppets are presented in the museum.

Do you know our performances?

As a guest theater, KOLK 17 Puppet Theater & Museum presents puppet theater productions of various types by puppet theater ensembles from all over Germany and internationally. 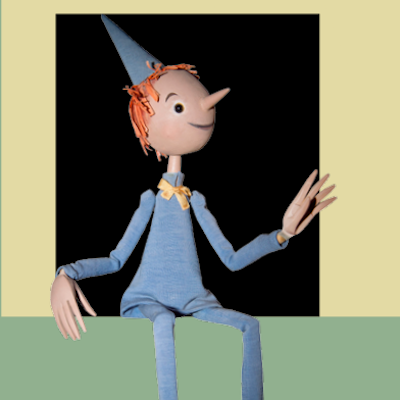 As one of the most important texts in Italian literature, The Adventures of Pinocchio is the foundation upon which all stories involving moving figures are based. Indeed, when Carlo Collodi (1826 – 1890) published the novel in instalments (between 1881 and 1883), he not only created a puppet and brought him to life, but also set the stage for the development of puppet theatre as a whole. At the special exhibition at the Museum of Theatre Puppets, Pinocchio is depicted in his many forms: as a character in a novel, puppet, doll and hero of animation. 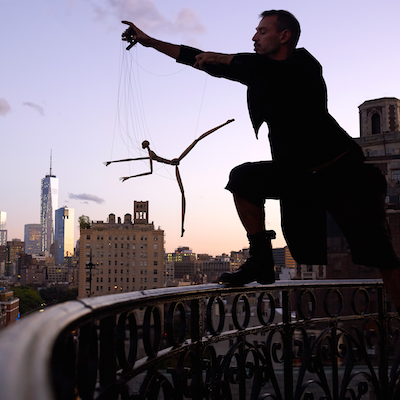 For the first time, the Museum of Theatre Puppets displays a photo exhibition. It features the French photographer Christophe Loiseau with his series “Manipulated Portraits”. In this series, the artist has collaborated with international puppeteers to orchestrate exciting portrait stories. This is Christophe Loiseau’s first exhibition in Germany. The exhibition is under the patronage of Serge Lavroff, the French Consul General in Hamburg. 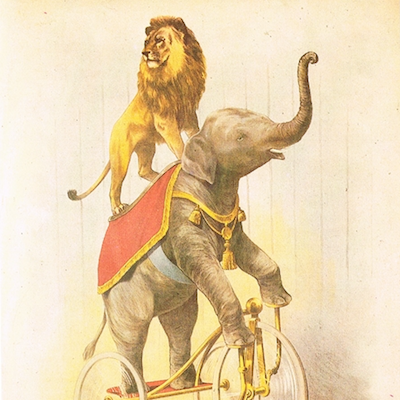 People, animals and sensations – in a time without movie theaters, public broadcasting or television, posters were the most modern and effective means of mass advertising. Hamburg-based Adolph Friedländer was one of the best-known lithographers of the late 19th century. Friedländer’s printing company produced more than 9,000 posters between 1872 and 1935, most of which advertised zoos, circus artists and music halls. Among his customers were the Hagenbeck Circus and the Schichtl Puppet Theatre and Music Hall. 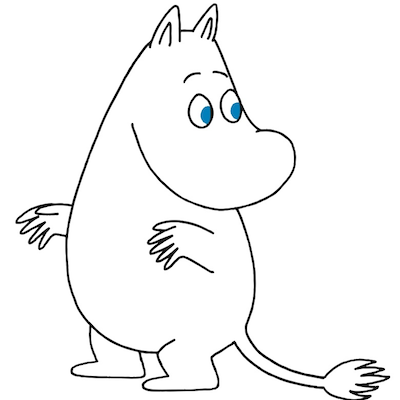 It is a lovable, eerie, and exciting world, Jannson writes in The Moomins and the Great Flood which was first published in 1945. This winter, our museum’s join-in exhibition lets you immerse into the wonderful world of the Moomintrolls. 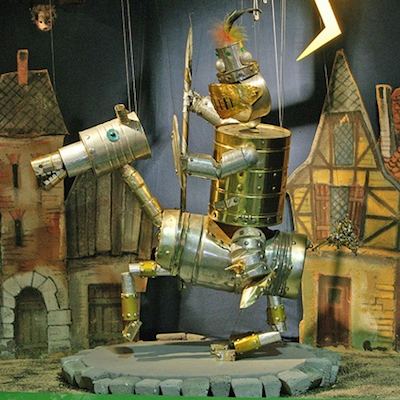 THE AUGSBURGER PUPPENKISTE IN LUEBECK

The Augsburger Puppet Theatre and how it all began

As a child, Walter Oehmichen (1901–1977) is already into theatre and his visit to a marionette theatre in 1936 turns out to be a key experience. The second one takes place during WWII: with his very first marionette, he entertains his comrades in Calais, which is a great success. Then a decision is made; because of his profession as an actor, Oehmichen receives an early release from war duty in 1940. After that, he dedicates his life to puppetry. In 1942 the little puppet theatre ‘Puppetschrein’ was built and the first public performance was in 1943. Unfortunately the theatre was bombed in February 1944. Four years later, the Augsburger Puppet Theatre performed its first play: Puss in Boots. The tale was introduced by Kasperl, who was insulted that he didn´t have a role in the play and therefore directed his displeasure at Oehmichen.

A FASCINATING ADDITION TO OUR PERMANENT EXHIBITION

There is an abundance of well-known movie productions featuring puppets as their main characters. These animation movies use a vast array of puppet types, some are covered with fabric, others are made out of modeling clay or plasticine.

In our museum you will find puppets, movie sets and clips from the following productions:

SPECIAL EXHIBITION UNDER THE PATRONAGE OF UNESCO

They tell tales about the downfall of the late Han Dynasty, they dream about journeys through western countries and they battle like brave generals: since the 11th century, shadow puppetry has reflected the cultural history of China. For the mostly illiterate population, the plays using figures made out of donkey or buffalo parchment were of great importance for the oral cultural tradition. After the founding of the Peoples Republic of China, the government wanted to use the popular shadow plays for the purpose of educating the people and thus built well-equipped state theatres in the larger cities. Today, the traditional shadow puppetry experiences a revival. During the Olympics in 2008 this art form got a lot of attention, as the famous director Zhang Yimou included shadow play into the opening ceremony. In November 2011, UNESCO added shadow puppetry to the list of Intangible Cultural Heritage of Humanity.

Professor Harry Kramer was a German dancer, artist and professor of sculpture at the Kassel Art Academy. Our museum preserves figures from this artist that have been thought to be missing in the official catalogue of works. As a prelude to the special exhibitions, questions regarding Kramer, his works, and their current impact were discussed at a symposium in Lübeck’s Puppet Theatre. temporarily closed due to Covid